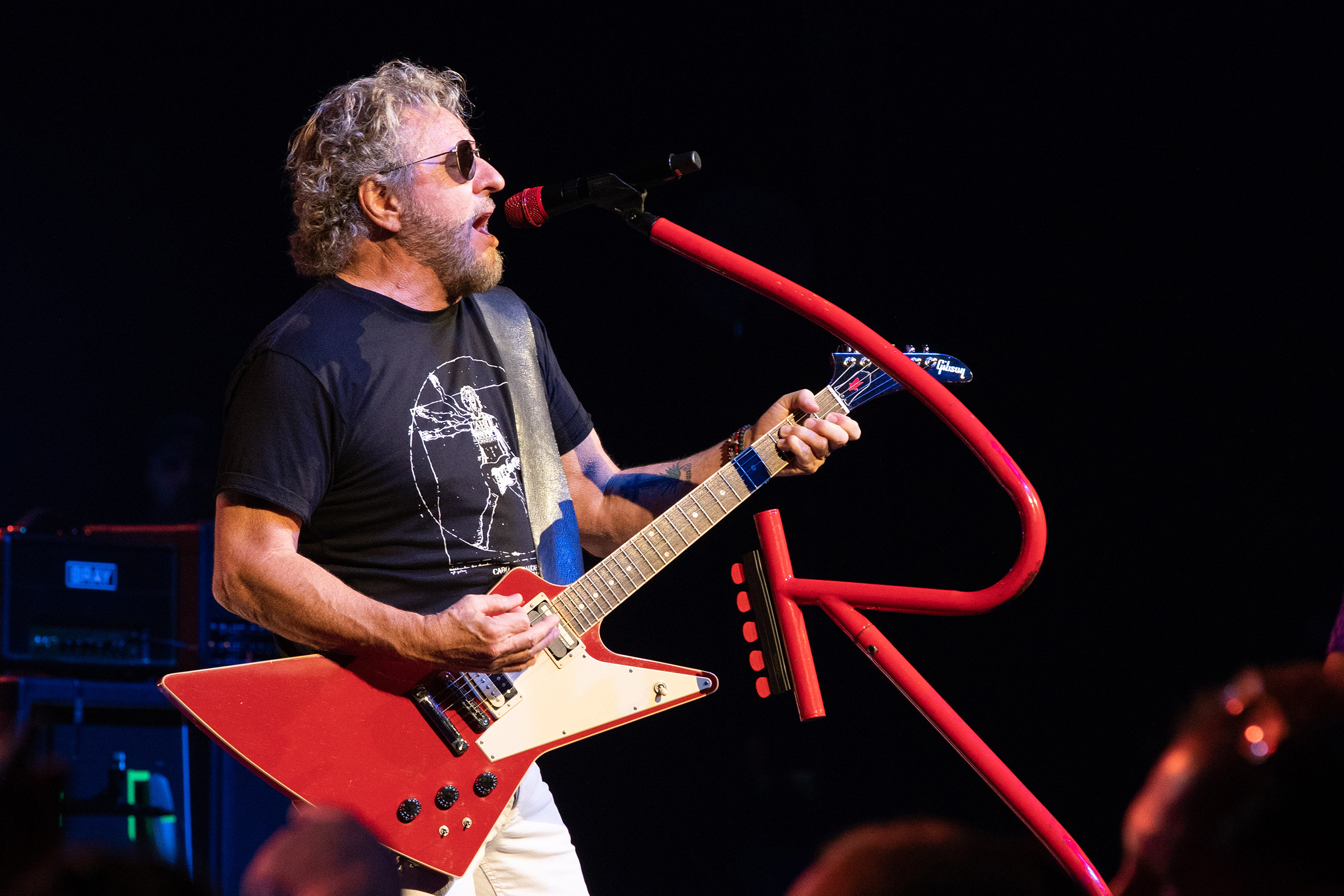 South Windsor, CT, August 2019 – Sammy Hagar and The Circle is touring heavily this year with a selection of TELEFUNKEN microphones. Hagar, known as The Red Rocker, is celebrated as the former lead singer of the groups Montrose and Van Halen. His band The Circle consists of original Van Halen bassist Michael Anthony, drummer Jason Bonham, and guitarist Vic Johnson.

“I’ve been working with Sammy for the past 12 years,” says monitor engineer Jim Jorgensen. “He got his first Telefunken M80 ten years ago and has used that model ever since. The M80-WH capsule works the best for Sammy’s live performance because it gives the right type of top end that he can hear clear as a bell, the right type of attack to keep up with his Les Paul guitar, but the real keeper is the way that Michael Anthony can be heard clearly when they sing together on their M80s. It’s like something other than cardioid or super cardioid, more like an asymmetrical star pattern, like what I imagine a round diaphragm would look like as it moves.”

Sammy Hagar & The Circle released their debut live album and DVD “At Your Service” in 2015. The group’s new album, “Space Between”, was released this year to coincide with the tour. Jorgensen elaborates on stage mics, “Most capsules on the market today can be divided into two major categories; sounds good, or easy to use. Most caps that sound good also induce a lot of handling noise, are fragile, or may be susceptible to moisture. Most caps that are easy to use require EQ, plug-in’s, have pattern control issues, and don’t inspire an artist to perform at their best. The M80 is simply the best for Sammy and this band.”

Hagar came to prominence in the 1970s with the hard rock band Montrose. He then launched a successful solo career, scoring an enduring hit in 1984 with "I Can't Drive 55". Hagar enjoyed commercial success when he replaced David Lee Roth as the lead singer of Van Halen in 1985, but left in 1996. He returned to the band for a two-year reunion from 2003 to 2005. “For the current Circle tour, Jason Bonham had a fully-chromed custom DW kit made,” Jorgensen comments. “With chrome hardware and mic arms we only needed some chrome overhead mics. Luckily, Telefunken has a very wide selection of custom colors and finishes available. We had two M60s custom made in chrome, and the appearance was excellent, but the clarity of sound and precision of placement was startlingly successful. The transients and overall phase interaction with other transducers were very controlled. At stage volumes between 105dB and 108dB, every ride ding and subtle musical accent was loud and clear.”

In addition to being inducted into the Rock and Roll Hall of Fame, Sammy Hagar is also a successful businessman who founded the Cabo Wabo Tequila brand and restaurant chain, as well as Sammy's Beach Bar Rum. His current musical projects include lead singer of the bands Chickenfoot and The Circle. Hagar also is the host of Rock & Roll Road Trip with Sammy Hagar on Mark Cuban's cable network AXS TV.